1.1 The Club will be known as Port Sunlight Angling Club (PSAC),

2.1 The objective of the Club will be as follows:
i) To promote and protect the angling interests of the Club’s members.
ii) To rent, lease, purchase or otherwise obtain and provide fishing rights to be enjoyed equally by all members regardless of gender, age, colour, creed, sexual preference or religion.
iii) To make all waters available to all members of the Club and to aim to increase the facilities available for the proper pursuit of angling for those persons whom the Club is intending to benefit.
iv) To help create and support a flourishing wildlife habitat.
v) To encourage and assist juniors to become involved in angling.
vi) To provide when practically possible adequate access to club waters for club members who experience mobility problems.

3.2 The Committee reserves the right to set a maximum number of club members and create a waiting list should circumstances require this action.

3.4 Annual Subscriptions to be paid by 31st March. Failure to pay may result in a re-application for membership having to be made at the discretion of the Membership Secretary.

3.5 Members shall be subject to the Club Constitution, Rules & Bye Laws.

3.6 All Members on production of their current membership card are eligible to attend and vote at any General Meeting

4.1 Members of the Club whose conduct is considered to be inappropriate may be expelled or suspended from the Club by the committee. Ref. Club Disciplinary Policy

4.2 Any member making derogatory comments, about the Club or any other member, on any social networking site or forum will be deemed to have brought the Club into disrepute and may be expelled or suspended by the Committee.

4.3 Any member whose membership is terminated by the Committee may appeal in writing to the Committee. The appeal will be organised and heard by a panel of three Committee members who, to the extent possible, have had minimal involvement with the original incident or decision. Ref. Club  Disciplinary and Social Network Policies

5 Election of the Committee and Officers

5.1 The membership shall elect at the AGM a Committee and Officers. All Senior Club Members are entitled to vote.

6 Role of the Committee

6.1 To draft and display the Bye-Laws, regulations, notices and all matters concerning trophies, prizes and competitions, the time and place of all meetings, the question of Club discipline, Club membership and finance and all matters touching the Constitution and Bye-Laws of the Club.

6.1.1 The duties of the committee are:
To determine:
a) The relevant subscription and joining fee, as agreed by the Annual General Meeting of Club members.
b) To control the affairs of the Club on behalf of the Members.
c) To co-opt additional members of the Committee as the Committee feels necessary.
d) To make decisions on the basis of a simple majority vote, with the Chairman having a casting vote.

6.1.3 The Committee will make accounts available for inspection at the AGM, The accounts will then, if deemed satisfactory, be adopted by the members at the AGM.

6.1.4 The Club will maintain a current bank account and the following officers will be authorised to sign cheques, a minimum of two from the Chairman, Secretary and Treasurer.

6.1.5 The Committee will apply all profits accruing from the Club’s activities for the benefit of the Club.

6.1.6 The Committee are responsible for keeping accurate minutes of any of the Club’s meetings.

6.1.7 The Committee will be responsible for the purchase of land or waters on behalf of the Club, such asset purchases will be approved by the Trustees and legal ownership will be vested in the Trustees. The Club will remain at all times the beneficial owner.

6.1.8 The Committee shall have the power to create sub-committees who will be responsible for the supervision of particular aspects of the club’s activities and to submit any propositions to the Committee.

6.1.9 The Committee will be responsible for implementing and maintaining the Club’s Child Protection Policy.

6.1.10 The Committee will be responsible for bringing or defending any legal actions in the courts affecting the Club, such action will be in the names of the Trustees.

6.1.11 The Committee and trustees will be indemnified in respect of the costs of any such proceedings out of the assets of the Club unless any action brought against the committee or a committee members is shown to be the result of their misconduct or actions in breach of the law at which point the committee or committee member concerned is individually or jointly and severally liable at their own expense.

6.1.12 In addition to the above the Committee has the power to but not restricted to:

a. Acquire and provide grounds equipment, transport, medical and related facilities;
b. Taking out an insurance for club members, employees, contractors, guests and third parties;
c. Raise funds by appeals, subscriptions, loans and charges;
d. Borrow money and give security for the same, and open bank accounts;
e. Buy, lease or licence property and sell, let or otherwise dispose of the same;
f. Make grants and loans and give guarantees and provide other benefits;
g. Set aside funds for special purposes or as reserves;
h. Invest funds in any lawful manner;
i. Employ and engage staff and others and provide services;
j. Co-operate with or affiliate to firstly any bodies regulating or organising the Sport of Angling and secondly any club or body involved with it and thirdly with government and related agencies;
k. Do all other things reasonably necessary to advance the purposes of the club and its members;

6.1.14 The Committee shall be the sole authority for the interpretation of this Constitution and the Bye-Laws and Regulations made there under.

The decision of the Committee upon any question of interpretation or upon any matter affecting the Club and not provided for by these rules or Bye-Laws and regulations made there under shall be final and binding on all members.

6.1.15 The Committee shall from time to time, repeal and amend all such Bye-Laws and regulations (not inconsistent with this Constitution) as it shall think expedient for the management and well being of the club.

6.1.16 The Committee shall meet on at least twelve occasions in each year. At each meeting five Members of the Committee shall form a quorum and if there shall be an equality of votes then the Chairman, Vice Chairman or acting Chairman of the meeting shall have the casting vote.

6.1.17 The current Club Committee and current Trustees have full control of all the Club’s assets. The current Committee and current Trustees (as may be in office at any particular time) to take all reasonable steps to obtain and maintain such full control including the ability to sell without hindrance any such asset as and when it may be deemed to be in the best interests of the Club.

7.1 The assets of the Club (including land, buildings and waters) will be vested in at least three senior members who will be appointed as Trustees.

7.2 The Trustees will hold office until death, resignation or until removal from office.

7.3 A Trustee may resign from office by giving at least twenty one days notice, or if necessary may remain in office until a suitable replacement is found.

7.4 Nominations for new Trustees will be made by the officers & Committee

7.5 The officers & Committee will have the power to remove trustees from office.

8.1 The Trustees will hold the assets of the Club.

8.2 The Trustees will be empowered to open and operate an account with a bank for administration of monies belonging to the Club.

8.3 To bring or defend legal proceedings on behalf of the Club.

9.1 The Annual General Meeting of the Club shall be held on such a date, time and place as the Committee shall determine, when the officers and other members of the Committee shall be elected. Notice of such a meeting shall be sent out to each member eligible to attend at least fourteen clear days prior to the date fixed.

9.2 The notice concerning the Annual General Meeting of the Club shall specify the Committee’s proposals for the ensuing year, nominations of officer and other members of the Committee and any proposition or resolutions they intend to move at the meeting. Notice of any intended additional nominations must be notified in writing to the Honorary Secretary at least ten days prior to the meeting.

9.3 The accidental omission to give notice to or the non-receipt of notice by any member shall not invalidate the proceedings at any Annual or General Meeting of the Club.

9.4 Ten Senior Members shall form a quorum at the General Meetings and if there shall be an equality of votes the Chairman or Acting Chairman of the meeting shall have the casting vote.

9.5 At the Annual General Meetings the Club Accounts for the preceding year will be presented for approval by the Membership.

The notice convening an Extra Ordinary General Meeting shall specify the business which is to be laid before it.

11.1 The Financial Year of the Club will be from.1st March to the last day of February of the following year.

12. Alterations to the Constitution.

12.1 The Constitution, rules and regulations of the Club, all the decisions taken at the Club Meetings and all other Club activities shall at all times be in strict accordance with the conditions and spirit of the Leases governing the Club Waters

12.2 No alteration shall be made to this Constitution except by a resolution of at least two- thirds of the Ordinary Members then present at an Annual General Meeting of the Club, notice of such proposed alterations having been given in the circular convening the meeting.

13.2 If at that Extra Ordinary General Meeting, the resolution is carried by at least two thirds of the Senior members present, the Management Committee and the Trustees shall thereupon, or at such a date as shall have been specified in the resolution, proceed to realise the assets of the Club and discharge all debts and liabilities of the Club.

13.3 After discharging all debts and liabilities of the Club, the remaining assets will not be paid or distributed amongst the members of the Club, but shall be given or transferred to some other voluntary sporting organisation, such sport being on the list of sports approved by Sport England.

13.4 In the event of a deficiency in the assets of the Club, then a meeting of the creditors shall be called and an agreement entered into for the liquidation of the Club’s assets on a pro-rata basis.

13.5 The Chairman and not more than two other Committee members shall be appointed by the Committee to act as a liquidation Committee, with full powers to act on behalf of the Committee in the dissolution proceedings.

Hit enter to search or ESC to close 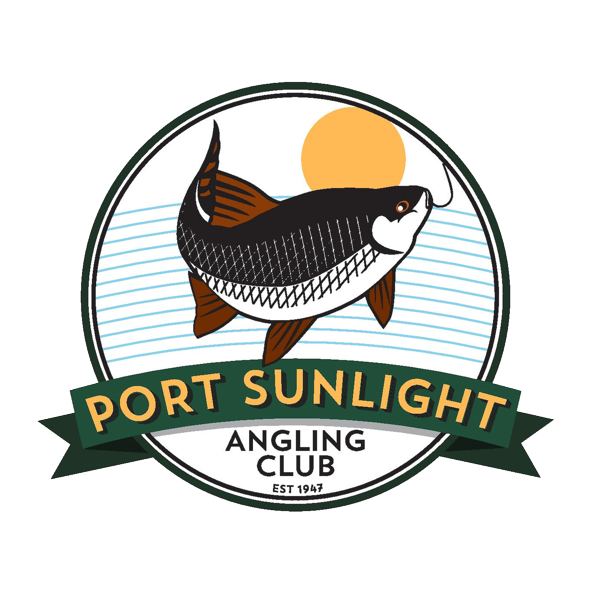 Get started
We use cookies to ensure that we give you the best experience on our website. If you continue to use this site we will assume that you are happy with it.OkPrivacy policy